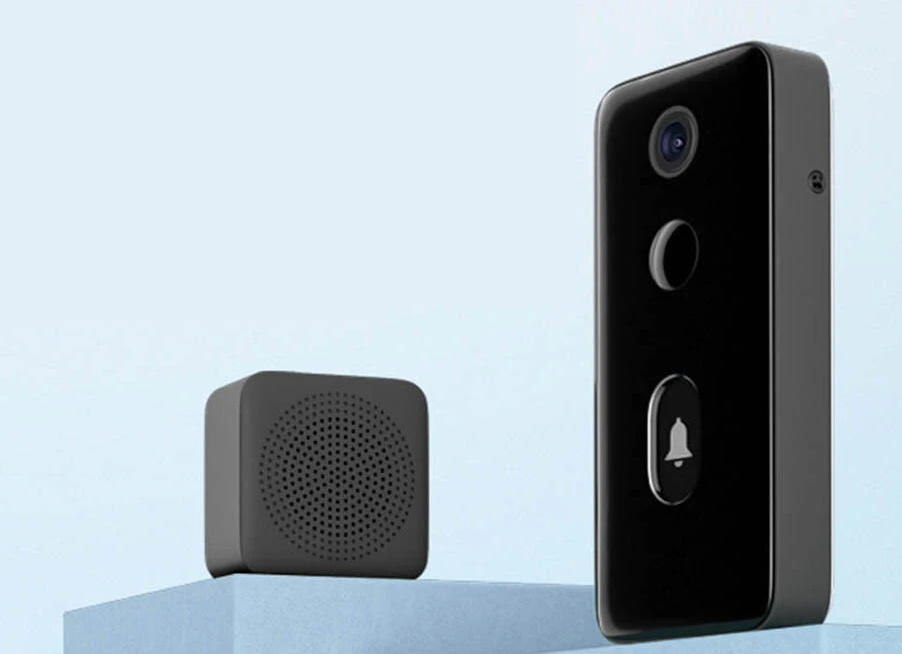 Xiaomi’s battery powered 1080p video doorbell review and why its not the doorbell for you.

Full disclosure: This is a review sample sent to me free of charge by Banggood. Review is not influenced by that fact and is solely my opinion which will be painfully obvious very soon.

Xiaomi Smart Video Doorbell 2 is available on Banggood for under 40$. Codenamed MJML02-FJ, it is the second iteration of the smart, battery powered, doorbell from Xiaomi. It comes equipped with a 1080p camera with infrared night vision and motion detection. Doorbell has an intercom feature with the ability to change your voice. Videos can be streamed to the Mi Home app and stored in Xiaomi’s (paid) cloud storage service.

When I took it out of the typical modest Xiaomi packaging I was optimistic. Nice piano black finish and squared shape gives it a much classier appearance than the first version. Next to it was the smaller doorbell receiver with a US plug. That device only serves to sound the doorbell chimes once paired with the doorbell. A very nice touch from Xiaomi is that the doorbell comes with batteries, two packs of three AA’s. “Nice”, I thought to myself, “They even gave me spare batteries”.

Nope! This thing needs all of them, a whopping 6 AA LR6 1.5V batteries. With the stated average lifetime of 4.5 months, that’s close to 18 batteries a year. I don’t like that one bit, specially today when even small wifi and zigbee sensors come with batteries rechargable using a simple USB port. 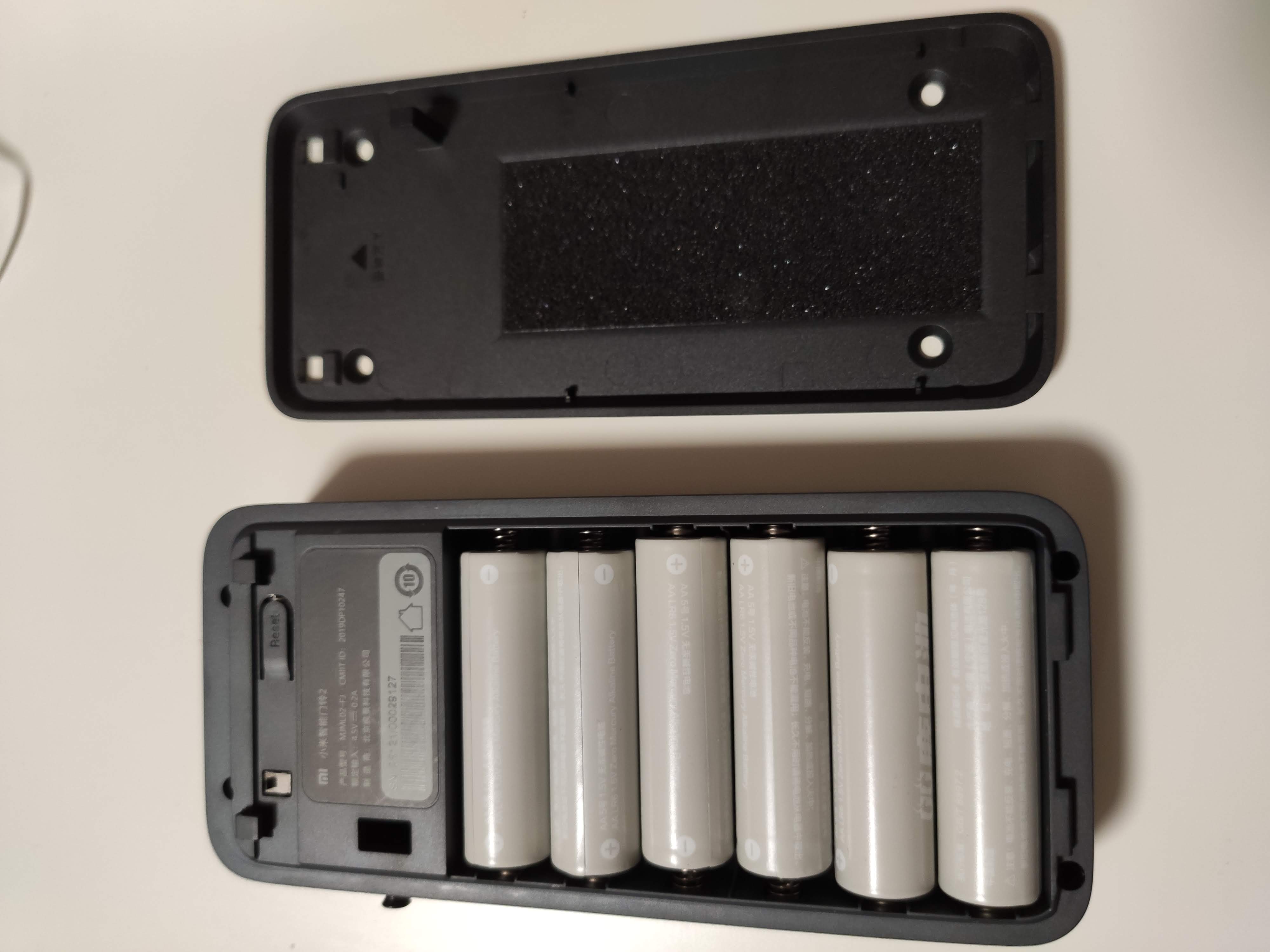 The doorbell is secured to the wall by a backplate and the already applied double sided sticky tape or screws. But the doorbell itself is secured to the backplate with one tiny screw. I’m not saying people would go around stealing this doorbell but it does not inspire confidence at all. Luckily there’s a tamper alarm feature, quite a loud and annoying one, when someone attempts to unscrew the screw and make like the wind with your precious doorbell. But that needs batteries to work, which can be immediately removed once the doorbell is taken down. Complete engineering fail! 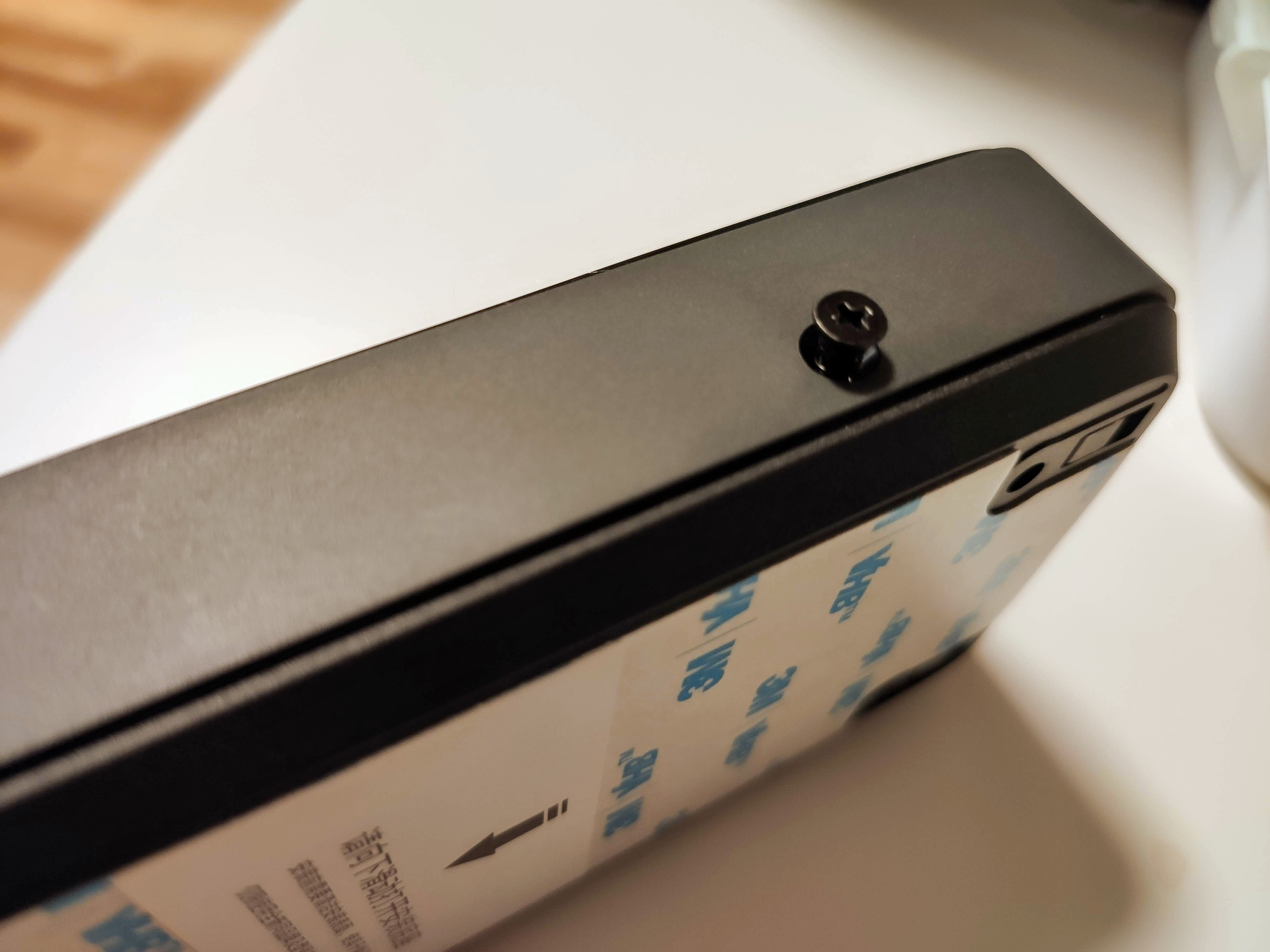 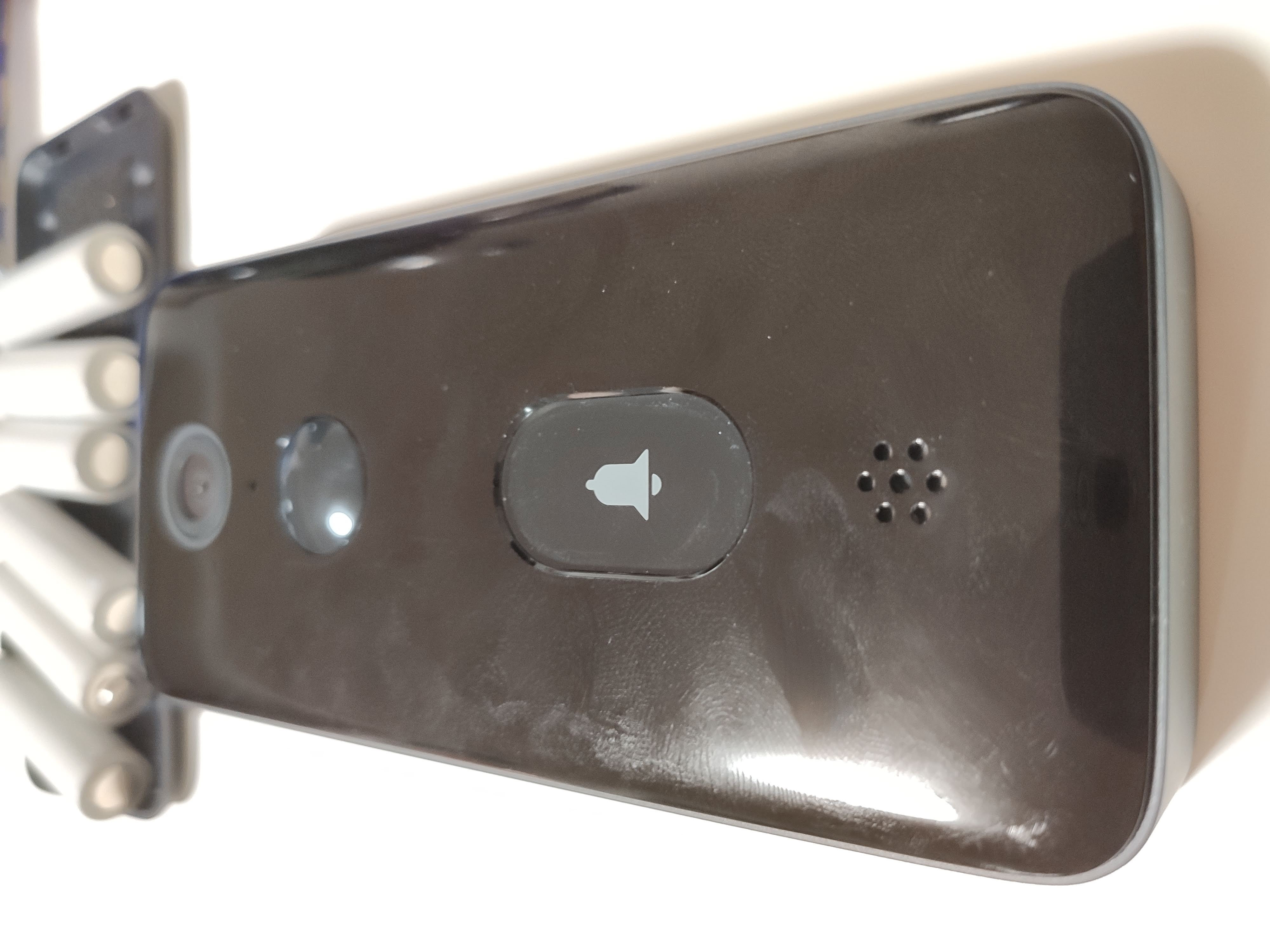 Loaded it up with batteries and opened the Mi Home app to pair the doorbell. Another bummer awaits you there, the doorbell is only available in Mainland China region! You might think that’s fine but no, its not fine.

Ok let’s soldier on, hold reset button on the back of the device and you’re greeted with the silky voice of the doorbell, in chinese, probably telling you to open the app. Thankfully the app has instructions in English.

Once the doorbell is found by the app it will generate a QR code that you need to scan with the doorbell camera to complete the pairing process. Only that the app fails to do that, most likely due to servers being in Mainland China. After about 10 retries a QR code was finally generated.

You’re supposed to tick the checkbox when you hear the “Image scanned message”. But the message is in Chinese… Good thing the app proceeds with pairing if you hold the camera on the QR code long enough.

While loaded with features a lot of them were not useful and about half of them didn’t work properly.

First big downer is that you cannot simply view the current video stream from the doorbell because its a battery powered device. You need to wait for the doorbell to wake up or turn on Real-Time Mode in experimental features which doesn’t work 60% of the time and even if it did it would drain the batteries rapidly.

Paired with weak Wi-Fi reception and the Mainland China server there is a giant lag between doorbell being rung and receiving a notification in the app. Most times it would be impossible to open the app and view the stream or initiate the two-way chat.

Speaking of notifications, time displayed in the notification is the Beijing time so you can’t immediately know when the doorbell was activated. You can see the actual time only when you open the app and see the log.

Cloud storage for the videos is free for only 3 days. For more you need to purchase a subscription plan.

A lot of the features in the app are tied into Xiao Ai line of voice assistant products or are targeted only for the Chinese market.

It is not possible to cast the incoming video to a Google Hub.

Auto voice reply feature has 4 preexisting replies, but again, in Chinese. You can record your own to replace them. But this feature didn’t work reliably for me, sometimes it wouldn’t trigger at all, sometimes it would cut off mid sentence.

You can set the doorbell to prompt the visitor to leave you a video message, but yet again, that prompt is in Chinese only and therefore not at all useful to us. And again, there are instances where it won’t even trigger.

Every time I open the app I get this annoying battery type menu prompt that refuses to go away. 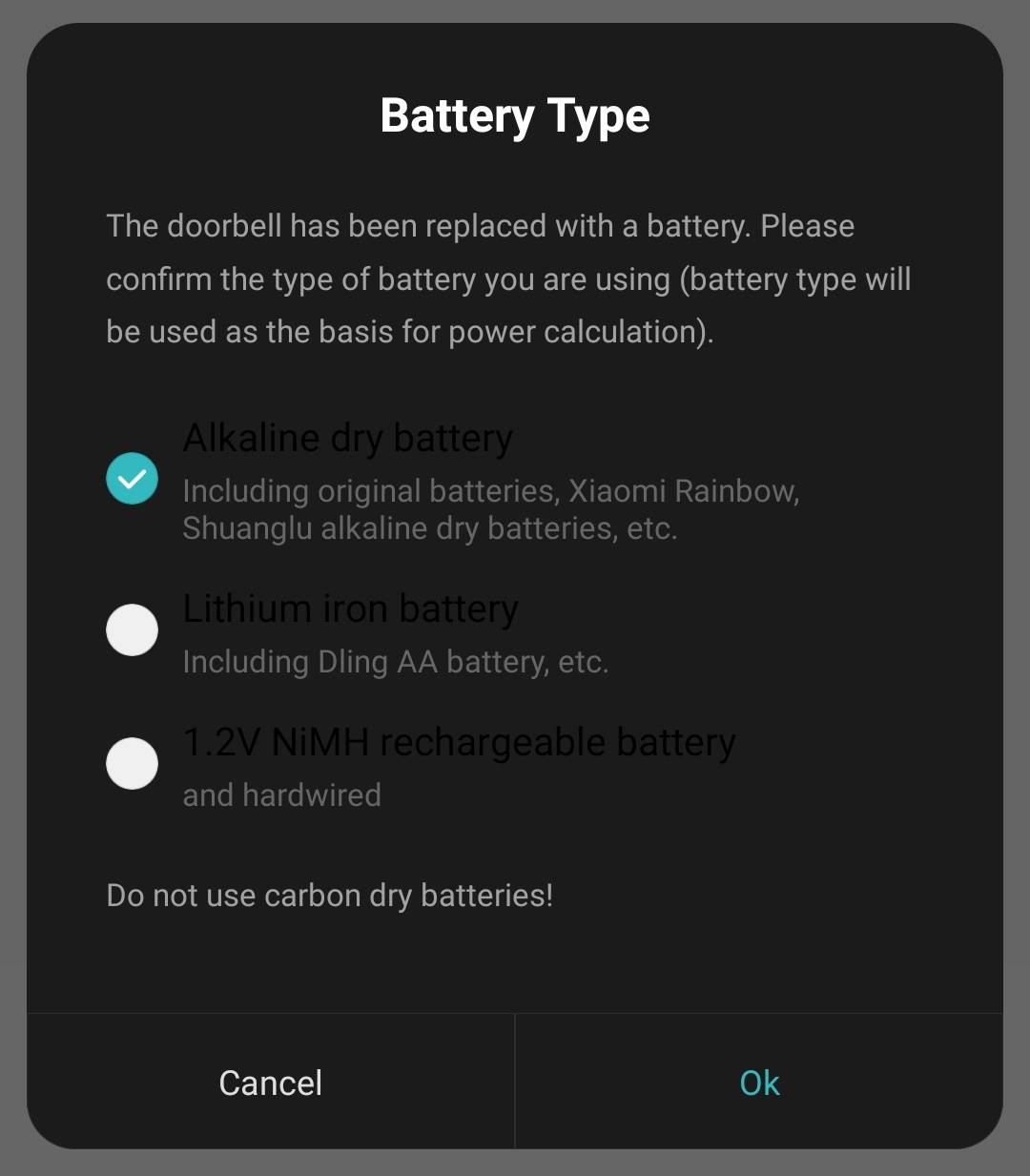 Sadly there were no real redeeming qualities with this doorbell. It is clearly designed solely for the Chinese market for now.

Even looking past that, there’s are too many wrong aspects of it:

Sadly, Xiaomi completely dropped the ball on this one. Thank again to Banggood for sending me the doorbell. I had high expectations since I’ve been happy with all of my Xiaomi products so far. 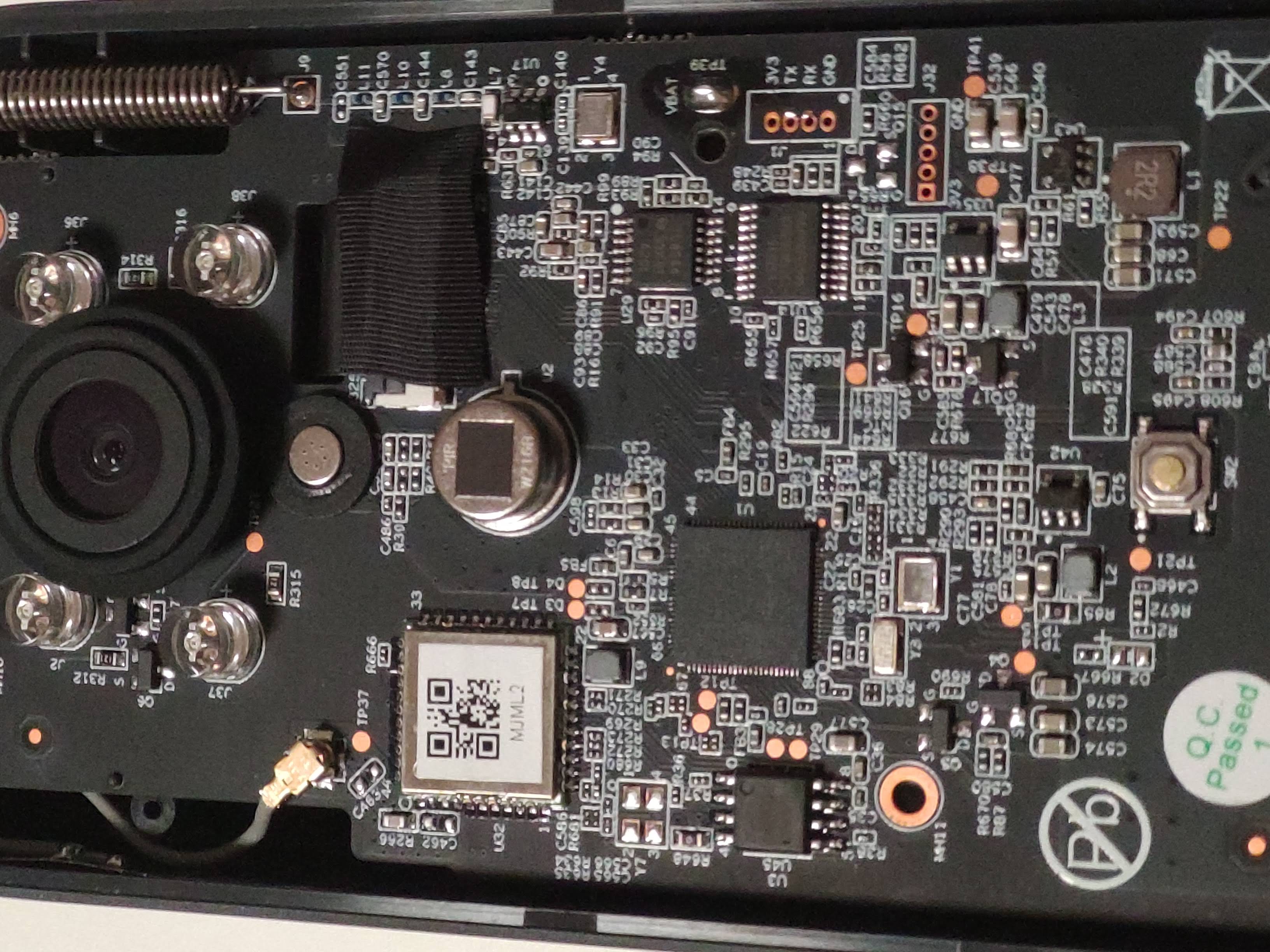